I touched down in Glasgow this morning at 7am after a very enjoyable 6 days in New York. 9 of my mates booked up last year when I was still in New Zealand so whereas me and my friend George travelled direct from Glasgow, they had to all go via Amsterdam with a 4 hour wait in between. 3 other friends who were staying around times square also joined us but even though there were 14 of us there, I don't think we were ever in the same room at the same time as someone was always doing something or heading out early or late or whatever.

Most of my friends stayed in the penn hotel (great location, poor hotel) whereas me and my friend George stayed just one street behind on W 32nd street (La Quinta Inn, situated in Korea Street). Our hotel was pretty basic too but after backpacking so much over the last few years and staying in rooms with 10 people in bunk beds I am very easy to please! If I ever went to New York with a girlfriend though I'd maybe splurge on something a little better.

What did I do in New York? Well, nothing. Absolutely nothing constructive. Other than making a knicks game all we did was go out and party in the pubs but I have to say, I loved every minute of it. The place was buzzing because of St Patricks day and we had an absolute blast.

Unfortunately, I don't have too many pics from the trip at the moment. I never remember to take my camera anywhere and I haven't got the pics from my friends yet but here's a few pics I did get. 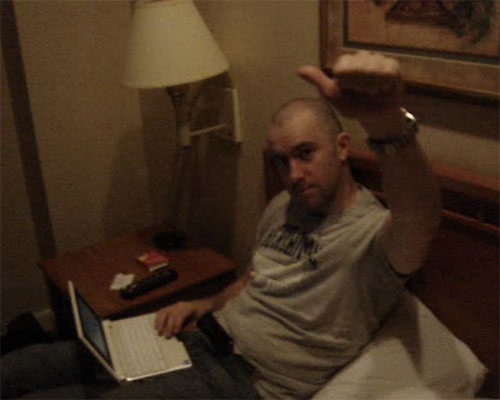 Checking my hotmail with my eee 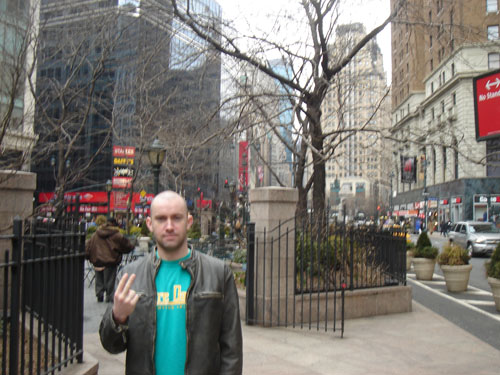 What happens when you turn around and someone says cheese! 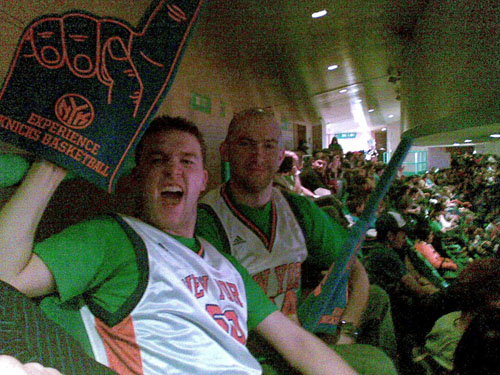 Watching the Knicks get beat by the Hawks – as you can see, we don't hide the fact we're tourists! 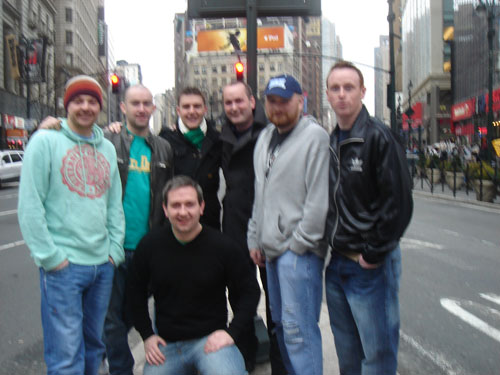 
This was my 4th time in New York. I've been to a few places in the USA now so here are some thoughts from someone living in the UK :)

Although there are obvious differences between the UK and the USA, culturally we are very similar and it's very easy to feel at home quickly. This is the same with Australia, Canada and New Zealand ie. a common language and shared history.

With Delta opening more routes in the UK and flights in general to stateside getting cheaper I'm sure I will be back sooner rather than later :)

How strange is this!!