Why I’m not excited about the 3G iPhone

I’ve read loads of tech sites over the last few days talking about the release of the new 3G iPhone. I got to use the first iPhone went out came out the other year. Then it was lacking 3G support when every new phone had it. They have rectified that but they have kept the 2 megapixel camera.

I’m not disputing that the iPhone is a nice gadget however it really does lack in a lot of areas. Remember, this is a device you need to use day in day out. Heres why this phone never interested me :

The main reason why I’m not considering a new phone 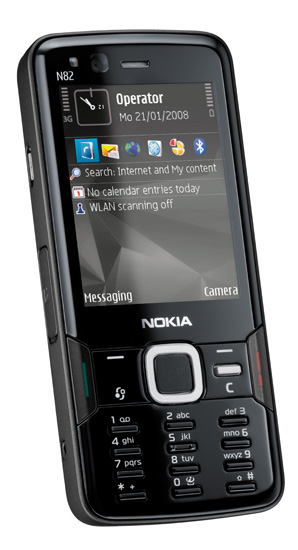 The main reason I’m not considering a new phone is because I just got one 2 weeks ago. I got the Nokia N82.

The N82 is one of the best phones available in Nokias N-Series range. One of the main reasons I bought this phone was it’s camera. It has a 5 megapixel camera. The camera boasts a Carl Zeiss lens, a shutter to stop dust and best of all an Xenon flash. I thought about getting the Nokia N95 8GB however the shutter and improved flash swung the N82 in my favour.

My last phone had a 2 megalpixel camera and whilst it was good for the odd fun snap, it was a terribly poor camera and the pictures at night were awful. The quality of pictures with this phone is even better than my Sony T7 camera, and that cost me £350 a few years ago.

Of course, being a smartphone the N82 has a huge amount of features. It came with a 2gb micro SD card however I’ve ordered an 8GB one. It has a built in GPS receiver and has Nokia Maps built in, it really works well. Didn’t think I’d see the day I’d have Sat Nav on my phone!!

Again, the main reason I love this phone is the camera. When I was in New York in March I hardly took any pictures because I had to carry about a camera and my phone. I only really had room for a phone in my front pocket so the camera was always left…haha, yes, it came down to jean pocket space!! Seriously, this truly is the all in one device I have been looking for. I’m going on holiday in 4 weeks so I’m sure I’ll use it a lot.

What phone do you currently have? Do you have anything in mind for your next phone?