I’m getting an Eee PC

I finally gave in and jumped on the Eee PC bandwagon. For those who don't know, the Eee PC is a cheap sub notebook with a 7 inch screen, a solid state hard drive and a 900 Mhz celeron m processor. It comes bundled with linux (Xandros) however it's cable of running XP quite well if you remove all the bloatware from it.

Why I am Buying a Portable Laptop

I bought the Sony Vaio VGN T2XP 3 years ago whilst travelling in the USA. It was a really small notebook which whilst wasn't very powerful, was light, had great battery life and was all in all a great little machine. Infact, it was the laptop I used when I went travelling for 8 months round Asia and Australasia. Being the nice guy I am, I gave the laptop to my brother last year as I wasn't using it much after coming back travelling :)

I currently own a 15.4″ Asus G1 laptop (it's the machine I use every day). It's a good machine with a decent spec but it's heavy and not suitable for travelling. With an upcoming trip to New York looming I thought it was time to get a new device which I can use to take travelling and also something I can browse the net about the house (10 of us are going to New York for a week to celebrate St Paddys day – its going to be bedlam!!). 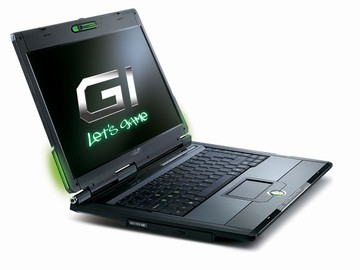 My favourite portable laptop is the Sony TZ. The machine had just been released when I was in Japan last year and they were displaying it everywhere in the Sony building. Alas, at the moment I'm looking for something cheaper….I'll maybe treat myself to one later in the year!!

Why the Eee PC?

I'm a bit of a gadget geek and read a lot of gadget and tech sites on a regular basis. I considered a lot of sub notebooks and UMPC's and read loads of reviews. Here are some of the machines I considered.

In the end the Eee had just about everything I was looking for and it's really cheap too. The 8gb eee has just been released in Taiwan. PurelyGadgets are now selling them for £344.95 and I was very close to ordering it. The reason I didnt is because I couldn't decide on the colour haha. To be honest, I'm not that superficial but i was concerned the white version would be a dirt magnet and the eee also has black speakers on the inside so the black looks better in that respect. After reading threads about it on theeeeuser forums I decided to call it a night, get some sleep and make a decision in the morning. 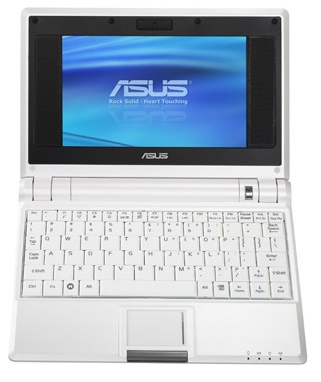 When I logged on in the morning I noticed that Ebuyer had the 4gb version for £249.99. 250 quid is actually 10 to 20 pounds more expensive than most other uk shops but (a) no one else had them in stock and (b) ebuyer is one of my favourite sites who always take returns back with no hassle or problems. At nearly £100 more for the new 8gb version I just couldn't justify getting it. Also, the 8gb would have a US based keyboard layout and the warranty wouldn't last as long. The funny thing is, after swaying between the black or white version for hours and finally decided on the black version, ebuyer only had the white version in stock!! Oh well ;)

I've also bought a 2gb stick of corsair ram (the device comes with 512mb) to improve performance and an 8GB high capacity CD card for storage. The eee comes with a case but it isn't the best so I'll probably get a better one to keep the eee clean. When it arrives in a few days I'll post a review of it and give you more details about the device. If anyone has any questions to ask about the eee please leave a comment and I'll do my best to answer it in my review. :)

What do you think of eBay’s policy on Google Checkout