I’ve just remembered how unuser friendly the vi editor is! 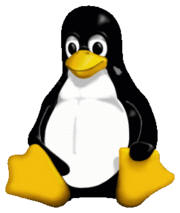 I mentioned in my Eee pc review yesterday that even though I upgrade the ram from 512mb to 2gb, the default kernel of the Xandros linux operating system is set up as a maximum of 1gb.

To edit the kernel I had to use the Vi Editor. For those who haven’t heard of it, the Vi Editor is an unfriendly text editor which was developed in the 70’s and is still used in unix and linux operating systems today (the usually reliable wikipedia has good info on Vi).

I’m not suggesting the editor is bad, it’s not. It does do what you need it to do but it’s just not very user friendly. I first used the editor in 2001 when I was doing my post grad in Software Development and I have since had to use it a few times to copy some things between my sites on my server. Just like DOS, once you know a few commands it isn’t too hard.

Why is it not user friendly?

When you open a document with Vi for the first time you will probably wonder why you can’t edit anything. The reason is you need to type ‘i’ to enter insert mode which means you can start typing. To close the document and save you need to then hit the escape button to leave insert mode and then type ‘:wq’ (w saves, q quits).

Again, I reiterate, just like any programming language, once you know a few commands it isn’t too bad. There are also dozens of other good unix and linux editors out there but I was surprised that the Eee pc which claims to be ‘Easy to Learn, Easy to Work, Easy to Play’ does not have a more user friendly editor. Maybe the thinking behind this is that anyone who is tampering with system files will be computer savvy.

Anyways, if you use linux or are involved in web development then you will no doubt be a time when you need to use vi so here is a list of sites which show you the basic commands and how to implement them.

MobiTV trying to shut down HowardForums