When I am updating one of my websites I sometimes put a film on in the background. So that it doesn't disturb me too much I usually put on a film I have already seen. 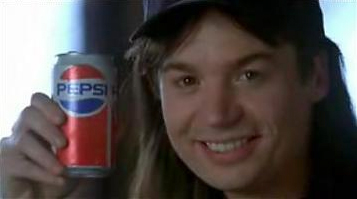 Tonight I put on Casino Royale, Daniel Craigs first Bond film and in my opinion, one of the best Bond films ever made. I remember there being some product placement in the film but it wasn't until tonight that realised how bad it was.

Theres a huge pause when he gets into his Ford Mondeo, the constant pauses when he uses his ‘Sony Ericsson' Phone, the super close view of his Sony Vaio laptop and last but not least, the blatant advertisement for Omega.

When sitting on the train Bonds female counterpart is trying to size him up and states that he is the kind of person who was born poor but got richer later so probably overcompensates by buying expensive items. She then asks if his watch is a Rolex and he cooly answers ‘No it's an Omega' (or something to that effect). She then comments that it's a beautiful watch. 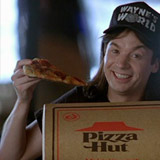 I appreciate that these companies pay a lot of money to get their products placed in films and I know it helps with financing a movie but surely there comes a point where whoring the film out is not needed. I'm a fan of the Bond films but they have surely made enough money over the years to reduce this kind of thing, particularly when it's detrimental to the quality of a film.

Of course, this kind of thing is very common in Hollywood, it just seems to be more obvious in some movies rather than others.

What do you think about Product placement in films, does it bother you?